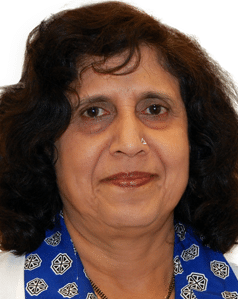 Our Gynecology department now has a new member. We are pleased to announce the addition of Dr. Ratna Sabnis, F.A.C.O.G., a highly-respected and Board Certified Gynecologist with more than 30 years experience.

Dr. Ratna comes to Middletown Medical after being in private practice for the past several years, and has the distinction of being the first female Obstetrician and Gynecologist in Orange County.

“Dr. Ratna is a pioneer in this region, and we’re ecstatic she’s bringing her talents to Middletown Medical,” said Lori Marl, Operations Director.  “She’s served thousands of satisfied patients through the years, and her reputation precedes her for good reason.”

A graduate of M.G.M. Medical College in Indore, India, Dr. Sabnis is also a Fellow of the American College of Obstetrics and Gynecology.  She completed her Internship with Harlem Hospital Center in New York, followed by a Residency with Methodist Hospital, also in New York.  Her early career began with hospitals in West Virginia and Long Island before coming to Orange County.

Board Certified by the American Board of Obstetrics and Gynecology, Dr. Sabnis is also an attending physician with Orange Regional Medical Center in Middletown.