All, In the News 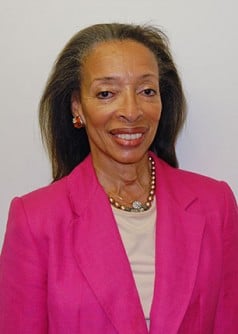 Dr. Newland-Pagan is a Board Certified Otolaryngologist with more than three decades of experience in treatment of ear, nose and throat (ENT), along with head and neck related surgery.

Since 1989, Dr. Newland-Pagan has operated a Private Practice in Liberty (Ferndale). She previously had a similar practice in Missouri.

“Dr. Newland-Pagan’s reputation as one of this region’s finest ear, nose & throat physician’s speaks for itself, and we couldn’t be more delighted that she’s decided to merge her very successful practice with Middletown Medical,” said Lori Marl, Operations Director.

After completing undergraduate studies at New York University, where she earned a B.S. in Nursing, Dr. Newland-Pagan began her career as a Staff Nurse with Lenox Hill Hospital in New York, and also worked with the New York City Department of Health as a Public Health Nurse, and Mt. Sinai Medical Center in New York as a Home Care Coordinator.

She then went on to earn her Doctorate of Medicine degree from Mt. Sinai School of Medicine, followed by post-graduate residencies with Montefiore Medical Center in the Bronx (General Surgery, General Medicine), and Albert Einstein College of Medicine, also in the Bronx (Otolaryngology).

Dr. Newland-Pagan was also active with Catskill Regional Medical Center for many years, serving as Director of the Department of Surgery from 1995 to 2000, and she was also a Member of the Hospital Board of Trustees from 1995 to 2008.

Dr. Newland-Pagan is Board Certified by the American Academy of Otolaryngology/Head and Neck Surgery.

Dr. Newland-Pagan’s office is located in the Ferndale Medical Arts Center at 653 Harris Road in Ferndale. To schedule an appointment, call (845) 292-2283.