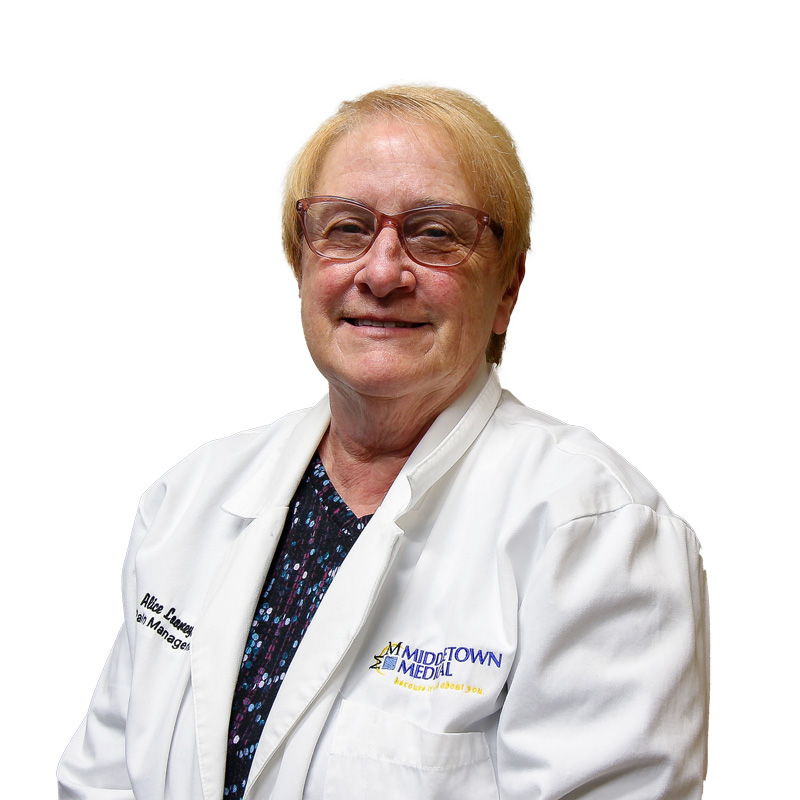 Alice Looney is an adult nurse practitioner, Board-certified by the American Association of Nurse Practitioners (AANP).

Ms. Looney holds over 30 years’ experience in the medical field. Prior to her current role, she served patients at Montefiore St. Luke's Cornwall in Newburgh, N.Y., Tri-State Bariatrics in Middletown, N.Y., and the Cardiology Consultants of Westchester in Valhalla, N.Y.

In addition to her healthcare roles, Ms. Looney has served as an adjunct professor at Mount Saint Mary College in Newburgh, N.Y. and has presented numerous lectures at the New York State Nurse Practitioners Annual Conventions in 2016, 2018, and 2019.

In addition to being an AANP Board-certified nurse practitioner, Ms. Looney is also a Certified bariatric nurse. She is also certified in CPR, Advanced Cardiac Life Support (ACLS), Patient Review Instrument (PRI), and is certified by the American Heart Association.

She is active with the local First Congregational Church in Newburgh, N.Y., Habitat for Humanity, and participates in various local community food drives during the holiday seasons.