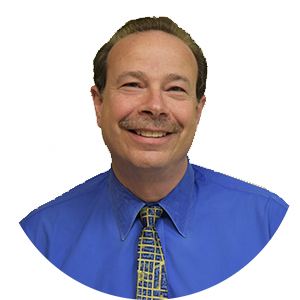 Dr. Tracey G. Toback is a dedicated and patient-focused physician specializing in Podiatry care. He is Board-certified in foot surgery by the American Board of Podiatric Surgery. Dr. Toback is consistently looking to bring the most advanced technology in podiatric medicine to the Hudson Valley. His most recent advanced treatments include the Pinpoint laser technology for the treatment of fungal nails and the Swift Microwave therapy for the treatment of plantar warts.

Prior to joining Middletown Medical, Dr. Toback held his own practice at Toback Podiatry, PLLC in both Kingston and Highland, N.Y. He has also served patients with Group Podiatry, Inc. in New Windsor, Middletown, and Wappingers Falls, N.Y. He currently holds hospital affiliations with Kingston Hospital, Health Alliance in Kingston, N.Y. and Northern Dutchess Hospital in Rhinebeck, N.Y.

Dr. Toback earned his Doctor of Podiatric Medicine at the New York College of Podiatric Medicine in New York City, N.Y. and his Bachelor of Science in Biology from SUNY Albany in Albany, N.Y. He completed his postgraduate training at the Foot Clinics of New York in New York City, N.Y., Saint Barnabas Hospital in the Bronx, N.Y., the Rockland Psychiatric Center in Orangeburg, N.Y. and Interfaith Hospital in Brooklyn, N.Y.

In addition, Dr. Toback has dedicated his time to community service, including numerous local health fairs throughout the Hudson Valley and has also served as a medical volunteer for local sport teams as well as both the New York City and Boston Marathons.

Dr. Toback also has published several articles for medical journals and lectures nationally on several topics, including biomechanics, utilization of custom orthotics, radiology, and podopediatrics. He serves on the board of trustees for several national organizations including the American College of Foot and Ankle Pediatrics and the American Association of Podiatric Practice Management.

He is currently accepting new patients.